i originally watched death note in 2015-2016, but i revisit it FREQUENTLY. i plan to host my thoughts , favorite official art pieces and gifs on this page.

a totally (not)unbiased, (NOT)objective as possible review of death note:

SOUNDTRACK (10/10) a solid and easy 10/10. every background song is masterfully composed and easily recognizable. even non-fans can recognize L's theme from a mile away. it is honestly not often that you will find an anime with extremely notable background music or character themes, but death note's soundtrack covers it all perfectly. Every theme is unique to the character it plays for, especially when it comes to light's theme, since hes in such a different mindset than the rest of the characters. I also appreciate L and Nears themes sounding somewhat alike, since near is L's successor. lights themes sound like plotting, L's themes sound like deduction, and nears themes sound like reason and justice. just like they should. best fucking anime soundtrack ever.

ART STYLE (8.5/10) the manga art style is unmatched, but the anime's art style hardly does it justice. understandably so, since paintings would be a nightmare to animate, but still disappointing. still pretty high quality. they did not have to make L look ugly on purpose.

PLOT (7/10) death note has a pretty solid plot; ive always enjoyed any form of media geared towards investigation; my one real complaint is the amount of time spent on the yotsuba arc, which was 12 chapters (8 episodes) of pure light yagami memory loss and AGONY for the viewers. at this point in the series, youd be too invested to turn back, but GOD, sometimes i felt like i should have just stopped there. the yotsuba arc is the most cruel and painstaking thing to ever force a viewer to watch. perhaps if im angry enough one day, ill talk about it in depth. the bottom line is, the existence of death notes yotsuba arc has knocked some major points off the plot rating.

CHARACTERS (9.5/10) i would like to preface this by saying that i hate light yagami with my entire body, heart, and soul, but i admit that to me, he was a genuinely interesting main character. i enjoyed watching him come up with intricate plans just to keep his stupid little fucking book safe in the first few episodes. but this does not mean he is interesting to everyone. many people need to be able to at least somewhat relate to the main character to be able to be invested in a story, but light yagami is VERY hard to relate to; and id say if you did relate to him, you would need to have some shit worked out mentally. every character is brilliant and compelling in their own way, including light, but the fact that he is such an unrelatable main character docks .5 points off of the character rating. FUCK LIGHT YAGAMI!

IF YOU CAN GET YOUR GIRLFRIEND TO WATCH DEATH NOTE, YOU CAN DO ANYTHING: as of 11/28/21, i am on my ??th rewatch of death note; this time, with my girlfriend! i think watching it with company has made me realize just how boring this goddamn show is; but i do believe in an easier way to invest yourself in it! SHITTALK LIGHT YAGAMI THE WHOLE TIME. DO A CRITICAL ANALYSIS ON HIS EVERY ACTION. hes a lot more of an idiot than i initially gave him credit for in my arc analysis; i may have to do some editing. more of this as my rewatch continues..? hopefully.

MY THOUGHTS ON EACH ARC. SPOILERS, OBVIOUSLY.

L VS KIRA ARC MY FAVORITE ARC! a good introduction to how cunning L and light both are, and how this is a genuine battle of wits; (ADDED BONUS! THERE ARE THOUSANDS OF LIVES AT STAKE!) but its also a good introduction to the feeling of the series as a whole. love L. love autistic rep in media. sure hope he doesnt get killed off soon! but really, i loved that L was introduced as a looming and powerful threat in the beginning only to be revealed as some fucking dude who eats cake all day and DEFINITELY DOES NOT SHOWER. i love L. i love matsuda. i love watching L and lights interactions. and i love watching L and light begin to have a bond. (even if one sided) i sure hope nothing happens.

SECOND KIRA ARC here is where death note starts to get a little bit more complicated, as misa is introduced and begins to assist light by taking place as the second kira; stories need to complicate for plot progression, but that doesnt mean that i wont complain about it at least a little bit. my autistic ass cannot handle change for a single goddamn minute, and the change of the story switching from light having to make elaborate plans (EAT THIS POTATO CHIP!!!!) not to get caught to just relying on his girlfriend pisses me off. i just want light to suffer and this is not cutting it for me!!!

THE YOTSUBA ARC this is it. the dreaded yotsuba arc. i have nothing but pure hatred held in my heart for this set of episodes. "this arc shows how cunning light is" MY ASS. THE LIGHT V L ARC SHOWED LIGHTS GUILE. you need to do genuine mental gymnastics to figure out how light was cunning during this timeframe. the act of erasing his memory was not a super awesome move of the utmost intelligence-- or whatever you want to call it; it was moreso a move of necessity from the shitty position that light put himself and misa in. the yotsuba arc also marks the introduction of two things that should have never been in death note in the first place. 1) the mafia. god damn. MAMA MIA CUNT! THE MAFIA! 2) teru mikami. death note could have been a perfect anime without the involvement of the mafia. i dont know what else to say on this, really. its just frustrating. they served no purpose other than to overcomplicate an already convoluted arc. kyosuke higuchis involvement with said mafia and as the third kira is entirely forgettable anyways. really, just a useless plot device. (that term is used lightly, because most of the time plot devices actually achieve something.) that brings us to the fourth kira, teru mikami, who i almost misremembered as the third kira, since really, whose keeping track at this point? certainly not the writers. even google mistakes mikami as the third kira. BUT I DIGRESS; teru mikami is not only a shitty character, but he overcomplicates the storyline in spinoff medias. did you know hes the one who killed L in the tv drama? only the tv drama though! utterly useless. mikami is a devout bootlicking light-worshipper. gross! at least his character design is pretty solid. looks just about right for a no life creep like him. anyways, back to my main grievance with the yotsuba arc, being lights memory loss. though it brought some fun moments between light and L to the table (always appreciated. hate light, but i love their dynamic as friends. especially when the friendship isnt completely one sided this time!) but it is so frustrating to see a character who usually uses their head be so completely and utterly stupid all of a sudden. even before obtaining the death note from ryuk, light was very intelligent. that was the entire reason he could get away with being kira in the first place! so how does having his memory of the death note being erased turn him into such a bumblintg idiot? the world may never know! at least matsuda was somewhat reliable as a detective. youd think honor-roll son of a police chief light yagami would be able to figure out the mess he got himself into without the assistance of his girlfriend, L, and an entire team of investigators. if youre going to be unlikable, at least be a little bit fucking smart. the memory deal took your memory of the death note, not your entire brain! the one good thing about this all is the fact that they animated and drew light just a little bit differently while he was wiped. love that detail. but who knows? maybe that wasnt on purpose! the writers forgot how to write, so maybe the animators forgot how to animate too.

THE MELLO ARC i do not like mello very much.

THE WAMMY ARC i like this arc. i feel like we moved on from L's death just a little too quickly, and the dynamic between near and mello here definitely reminds me of siblings grieving. then again, i am a fan of anything with near in it. my little thingy! aww. this is too short of an arc to give a full analysis on, though. unlike the mello arc, im not skipping this because i want to, but because there is basically nothing to skip.

THE FINAL ARC the final arc; a true demonstration of the brilliance and talent of L's little prodigy, Nate Rivers. (...or Near; but i felt like hyping him up a little bit. he deserves it.) watching light finally fail after all of these years to a literal child is very gratifying; in more ways than one! for starters, I think Near deserves to finish what L started, and boy did he finish strong. ...and also i just like that light yagami, kira, gets taken down by a 13 year old. i like seeing light start to get desperate, and this isnt just because i hate him. i just really enjoy the way his final acts as kira were written out. over the story, lights plans get less intricate and more dolorous (sorry for the bitch word. i didnt want to say desperate twice.) i like seeing the way he deteriorates over time. i like to think that that can be both attributed to getting cocky and stupid from being in power so long, and also just going a little bit insane. but hey, maybe i just like to see men suffer..... light gets shot dead, as he deserves.

collect stamps on the way! 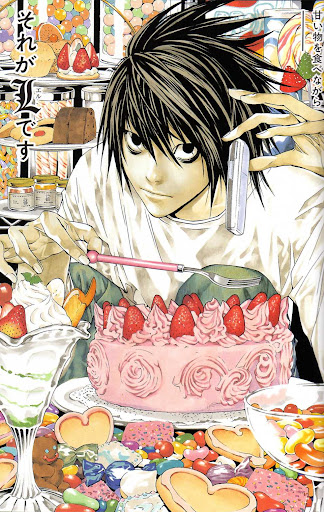 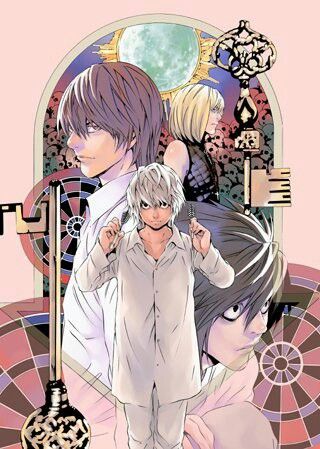 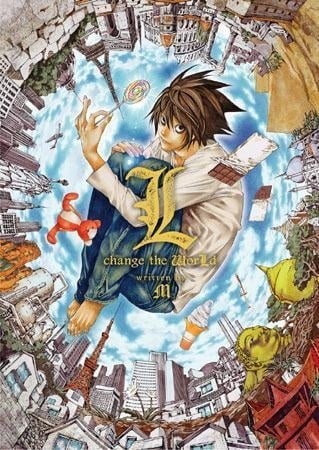 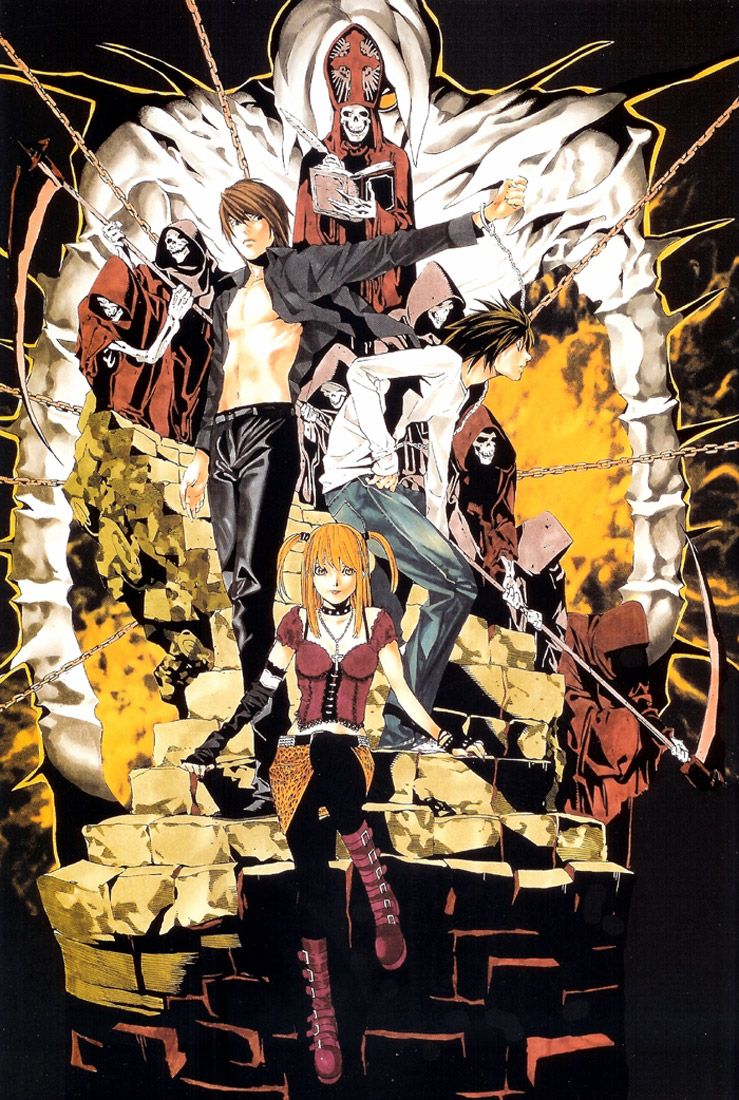 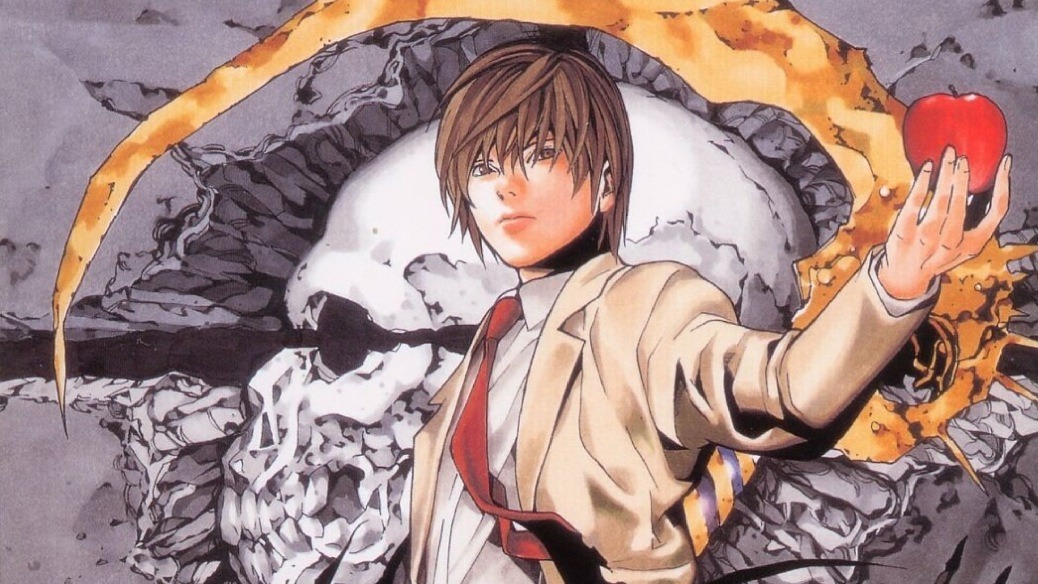 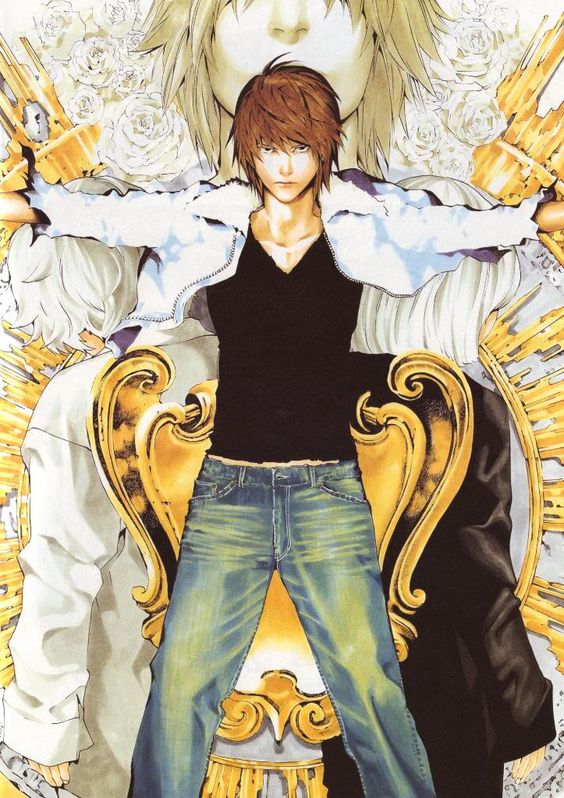 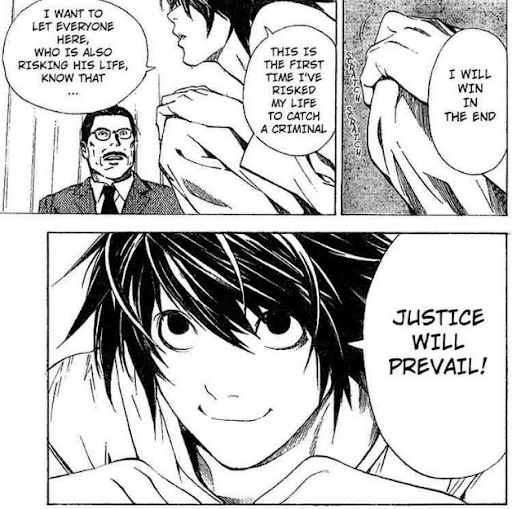 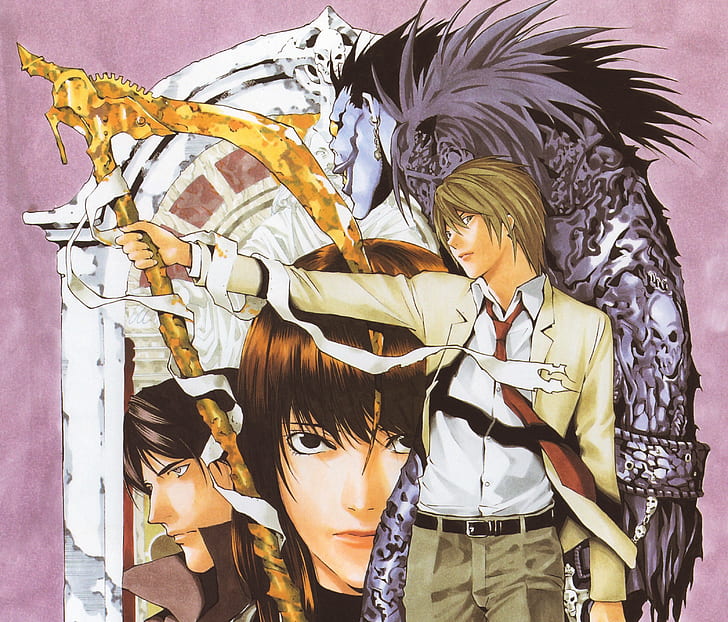 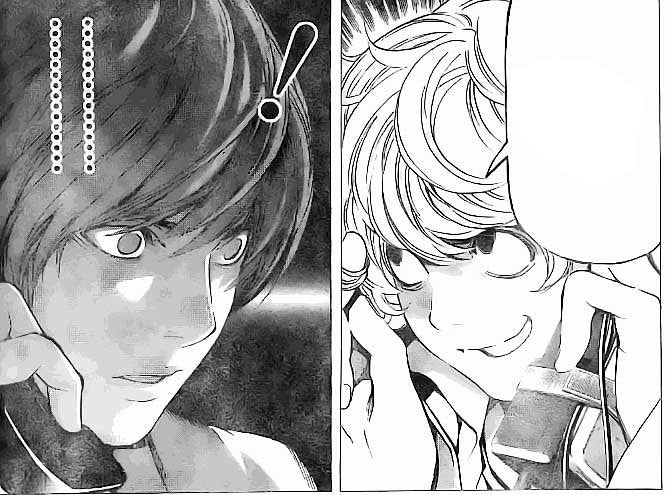 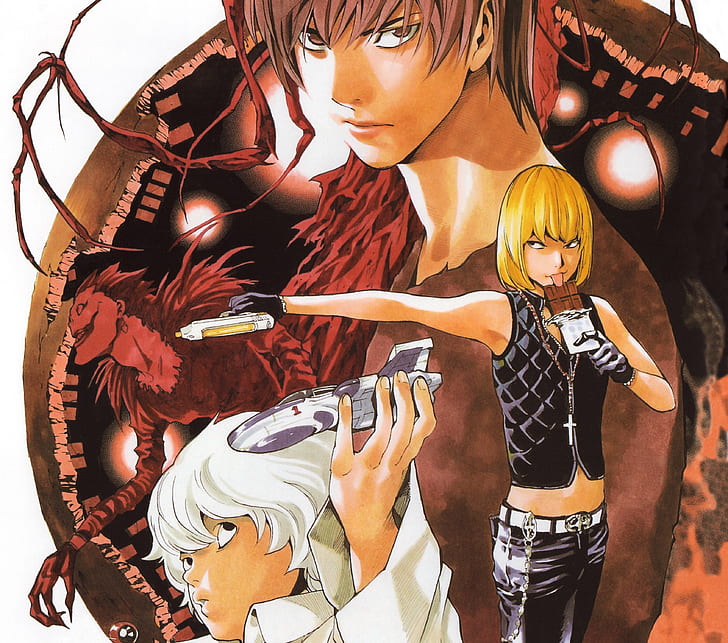 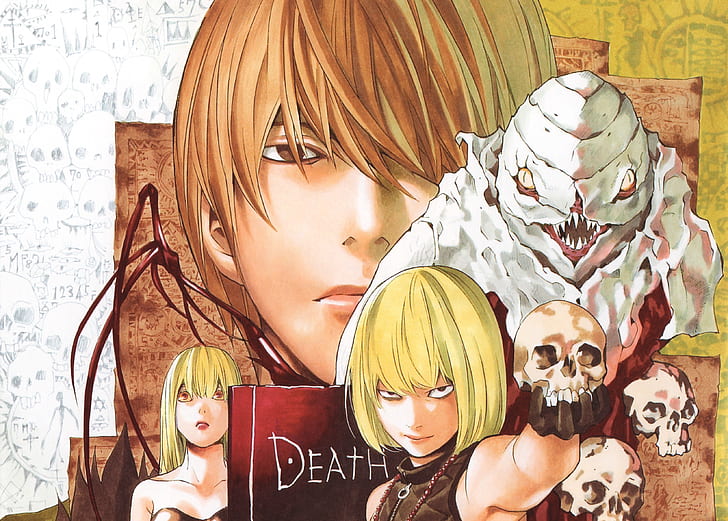 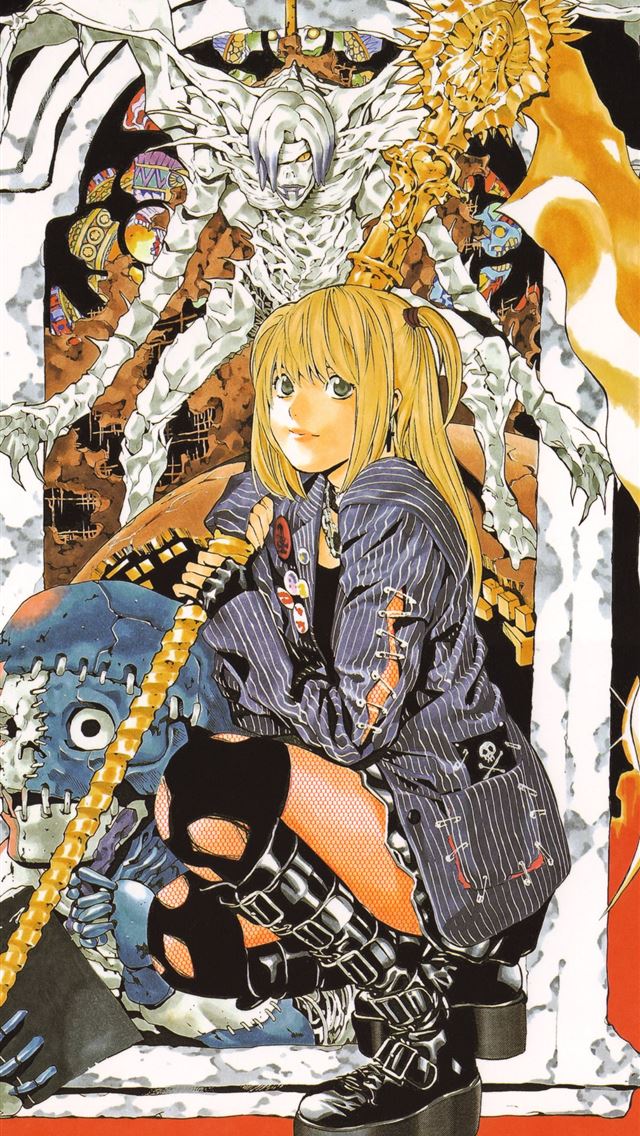 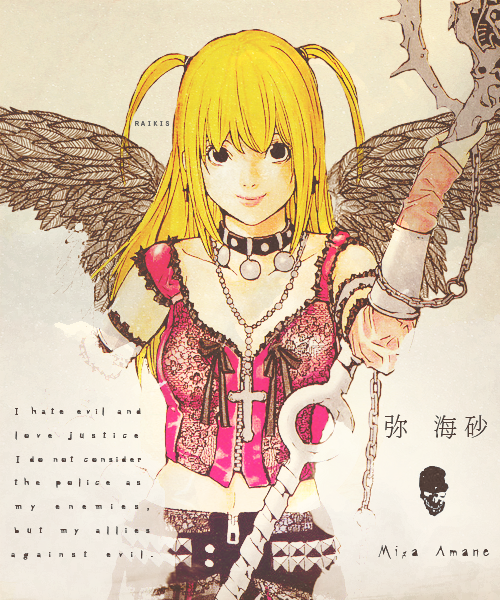 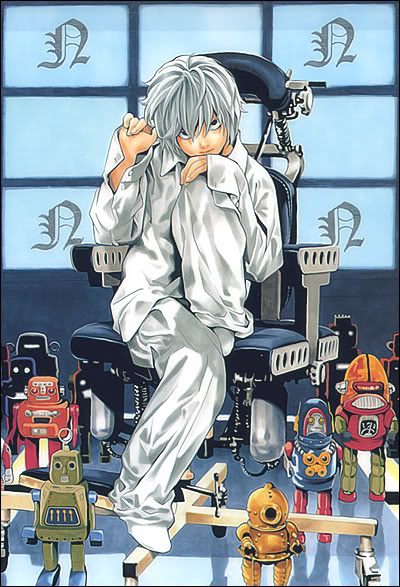 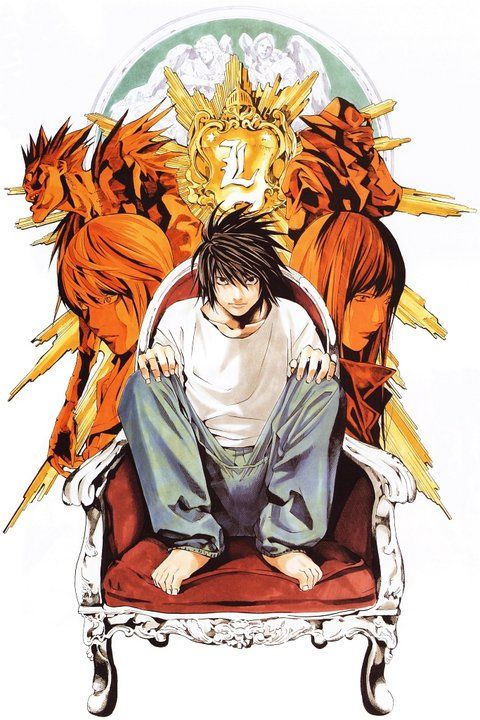 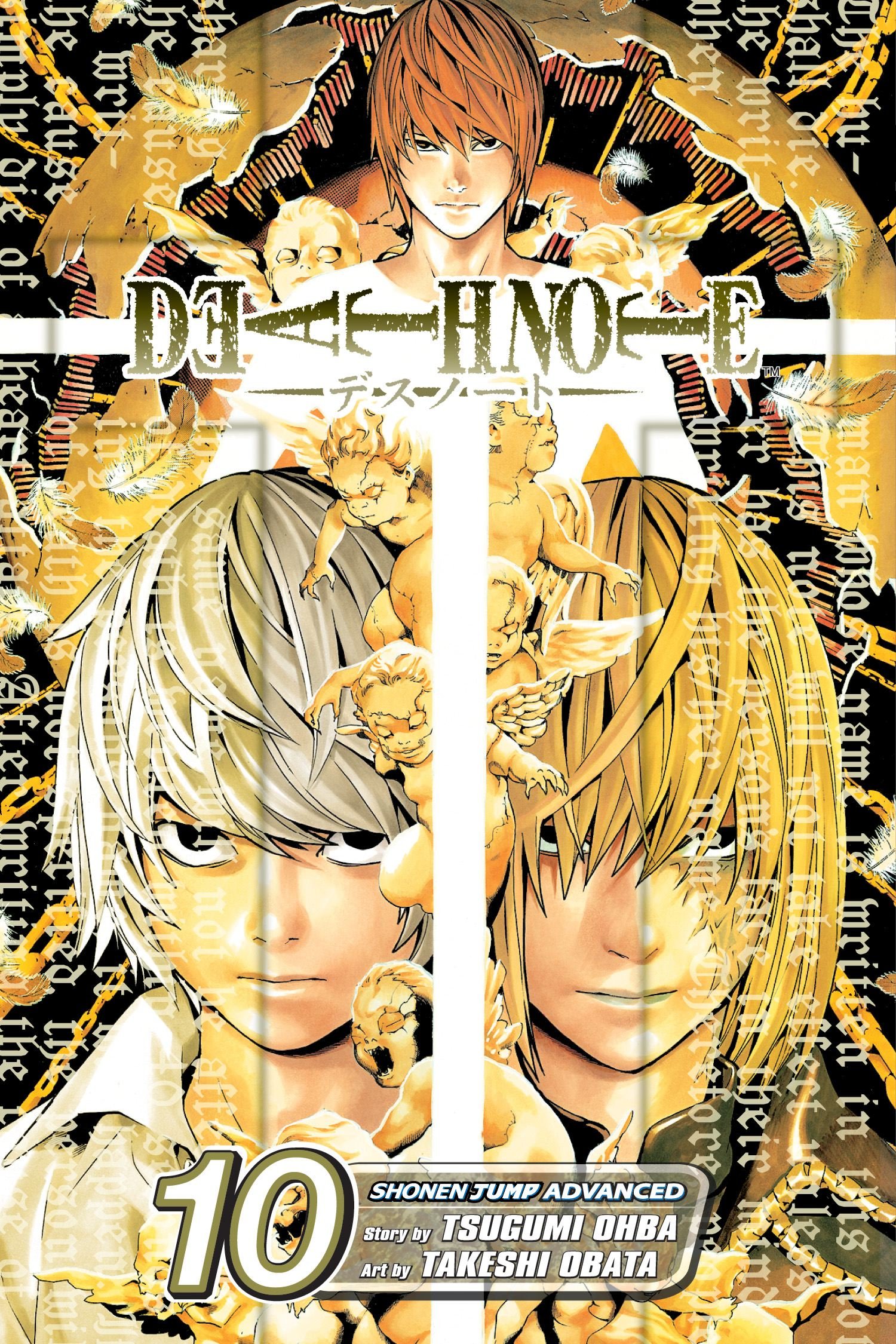